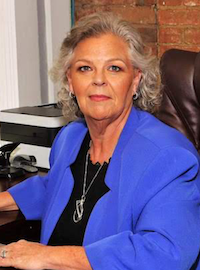 Knowledgeable, aggressive, but with a big heart, especially when it comes to children, clients seek out Gabriella “Gaby” Bendslev when they want a bulldog—a family lawyer known for being a strong litigator, a tough adversary, and for making her position and expectations clear. A formidable advocate for her clients, she prioritizes the best interests of the children, ensuring they are taken care of both emotionally and financially.

Gaby graduated from Texas Christian University in 1990, then attended The University of the Pacific, McGeorge School of Law in Sacramento, California, where she obtained her Juris Doctor in 1993. While at McGeorge School of Law, she also attended the Salzburg Institute on International Legal Studies, Budapest/Vienna Institute on East/West Commerce and Law. Gaby holds certifications in mediation and a certification for court appointments for attorney ad litem/guardianship advocacy.

After graduating from law school, Gaby opened a solo practice in Fort Worth, with an emphasis in family law, criminal defense, probate, general litigation, and as a mediator for civil/business litigation. She also worked as a municipal court judge for the Cities of Richland Hills, Arlington, and Fort Worth, as well as the Attorney General of Texas as an Assistant Attorney General in the Child Support Division. She joined Guest & Gray as a senior attorney in the Family Law Division in 2016.

Gaby’s 26 years of extensive in-court experience gives her a unique edge, enabling her to advise her clients about the general actions a judge can take in cases similar to theirs and working with her clients in formulating the necessary steps for them to achieve the best possible results for their individual case. Gaby’s vast knowledge of the law also makes her highly effective when handling family law cases involving complicated financial issues.

Married with three stepchildren and six grandchildren, Gaby lives on a 25-acre ranchette dubbed “Froggy Acres” east of Kaufman which she shares with her husband, three miniature donkeys, dogs, cats and a variety of wildlife. In her spare time, she’s a passionate volunteer for the American Legion, Post 165 in Kaufman, Texas, where her husband is currently the commander.

Managing Commercial Conflicts Through Mediation - Dallas, TX - 1994
Basic training in all aspects of conflict resolution, including assisting disputing parties in communicating their positions on issues and exploring possible solutions.