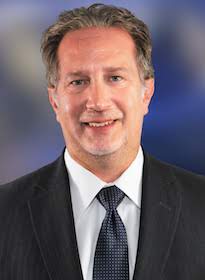 Aggressive and knowledgeable with an uncompromising commitment to the protection of individual liberties, Jerry W. Tidwell, Jr.’s favorite cases are the ones no one wants... because those are the clients who need him most. Having built a criminal defense practice based on the principle that everyone is entitled to representation and the best defense possible, Tidwell now focuses on family law, while also handling complex felony and federal criminal cases.

After obtaining his bachelor’s degree in general studies from Texas Tech, he earned his Doctor of Jurisprudence, cum laude, from Texas Tech School of Law in 2003. Three days after being sworn in as an attorney, he tried his first case with the Collin County District Attorney’s office. He quickly worked his way up the ranks, from an Assistant District Attorney to Chief Misdemeanor Prosecutor primarily handling DWI and Assault Family Violence cases before moving to the Felony Special Crimes Division. He resigned in May of 2006 to open his own private law practice, with a principal focus on criminal defense and family law.

After ten years of representing clients in all phases of criminal proceedings and family law matters, as well as serving as a court-appointed attorney for indigent defendants, Tidwell joined Guest & Gray in January of 2016. Jerry Tidwell’s expertise lies in helping clients with the legal matters that hit at the core of a person—whether they are on the verge of divorce, battling custody issues, or facing a prison sentence. With over fifteen years of courtroom and trial experience, and stints in environmental consulting and experience in entrepreneurial, small office, and government work environments, Tidwell’s successes are numerous. His greatest satisfaction comes from standing up for his clients during their most life-altering events and knowing he fought his hardest for them.

Jerry Tidwell is admitted in the courts of Colorado, Texas, U.S. District Courts for the Eastern, Northern, and Western Districts of Texas, and a member the State Bar of Texas in the Criminal Justice and Family Law section.

Known among his friends as the “most married unmarried person,” Tidwell and his significant other, Marissa, live with their three rescue dogs.